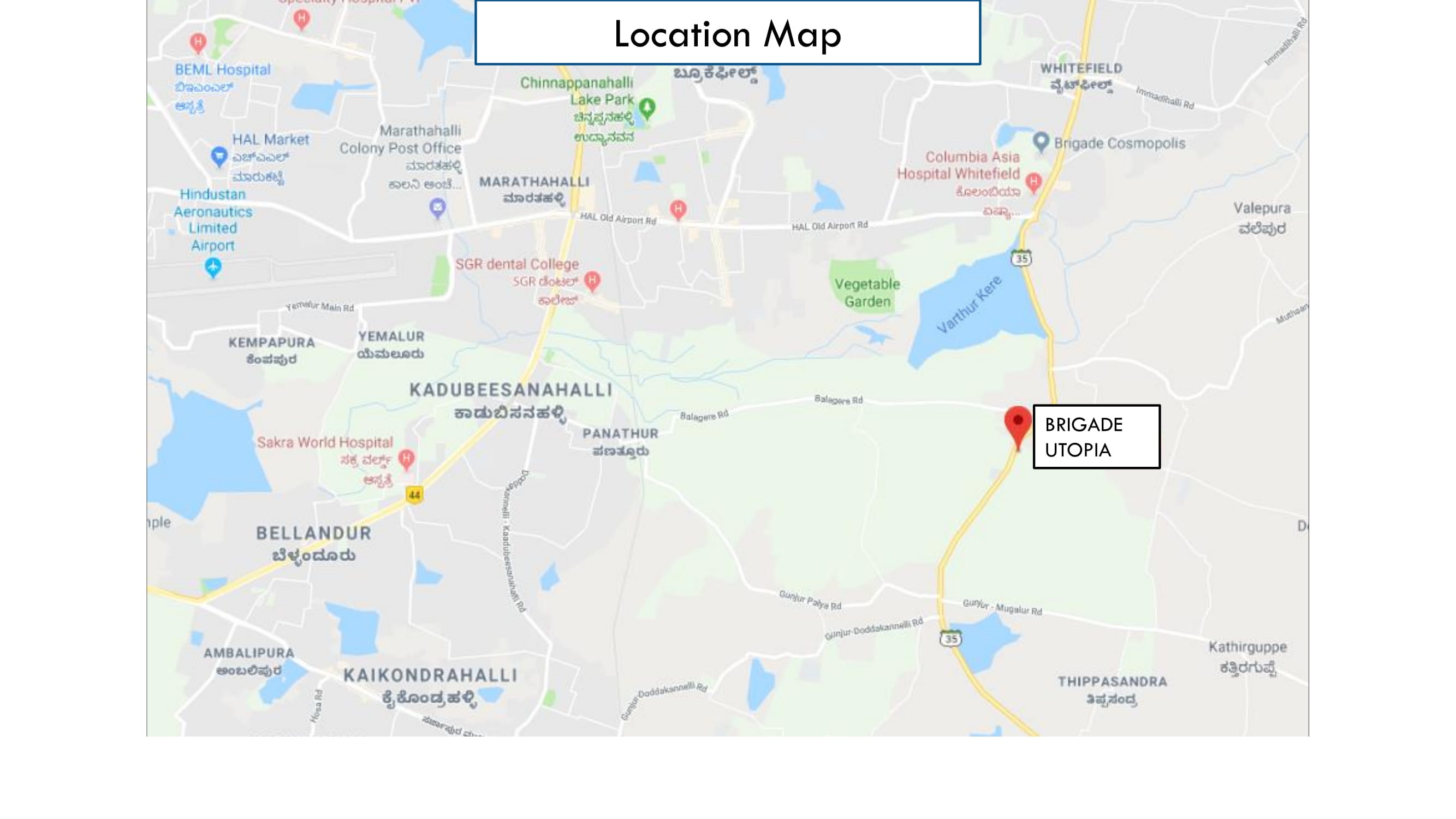 One of the major factors that has positively influenced the growth of Whitefield is its connectivity network. The suburb is well-connected via major road networks of the Outer Ring Road and Old Madras Road. The upcoming Metro Rail project’s Phase 2 is outlined to include a Purple Line that would connect various stations of the city with Whitefield. The east-end of the Purple Line will be extended from Baiyappanahalli to Whitefield covering 13 stations in between. This will further boost-up the commute-connectivity by bestowing a quick, hassle-free ride to the commuters. Whitefield has extensive city-bus connectivity with a wide range of services offered by BMTC (Bangalore Metropolitan Transport Corporation). A Traffic and Transit Management Centre (TTMC) in EPIP (The Export Promotion Industrial Park) zone is functional with schedules connecting it with most areas of the city. There are two prominent four-lane roads that connect Bangalore City with Whitefield - Whitefield road via Mahadevapura and Varthur road (HAL Old Airport Road) via Marathahalli. Both roads intersect with Karnataka State highway 35 (SH 35) which runs in north-south direction of the city (Siddlaghatta in the north to Anekal in the south).

Varthur is a prime suburb of Bangalore located on the eastern sash of the city. The area has significant presence of commercial and residential establishments within its vicinity attributing to its strategic positioning of being in close proximity to IT hubs of Whitefield, Marathahalli, Koramangala, Sarjapur Road and Electronic City. Varthur is equipped with well framed civic and physical infrastructure. There are many reputed educational institutes, hospitals, banks, restaurants and shopping malls here. Some of the Educational Institutions in the area include New Horizon College of Engineering, CMR Institute of Technology, and Ryan International School. The Forum Value Mall and the Park Square Mall are among the most avowed malls of Bangalore.

Surrounding Development about the project

Brigade Cornerstone Utopia located in self-evident locales off Varthur Road, Bangalore-East is considered as one of the landmark residential ventures in Bangalore’s realty market. The project is surrounded by autarchic micro-market with good civic amenities and excellent connectivity network. The areas in and around Varthur Road has seen some considerable developments over the past few years. The upcoming Peripheral Ring Road (PPR) project will enhance connectivity in this area and is anticipated to provide better access between Bangalore City and the Varthur area. The second phase of the Metro project has extensive plans on connecting the areas beyond Baiyappanahalli and would include areas like Kengeri, the Mysore Road and Varthur.

The property rates in Varthur - Bangalore has seen a positive uptrend when it comes to residential properties in form of apartments, villas, independent homes and other high-end houses. The current price trend (Comparative: October – December 2018) in this locality is as follows: